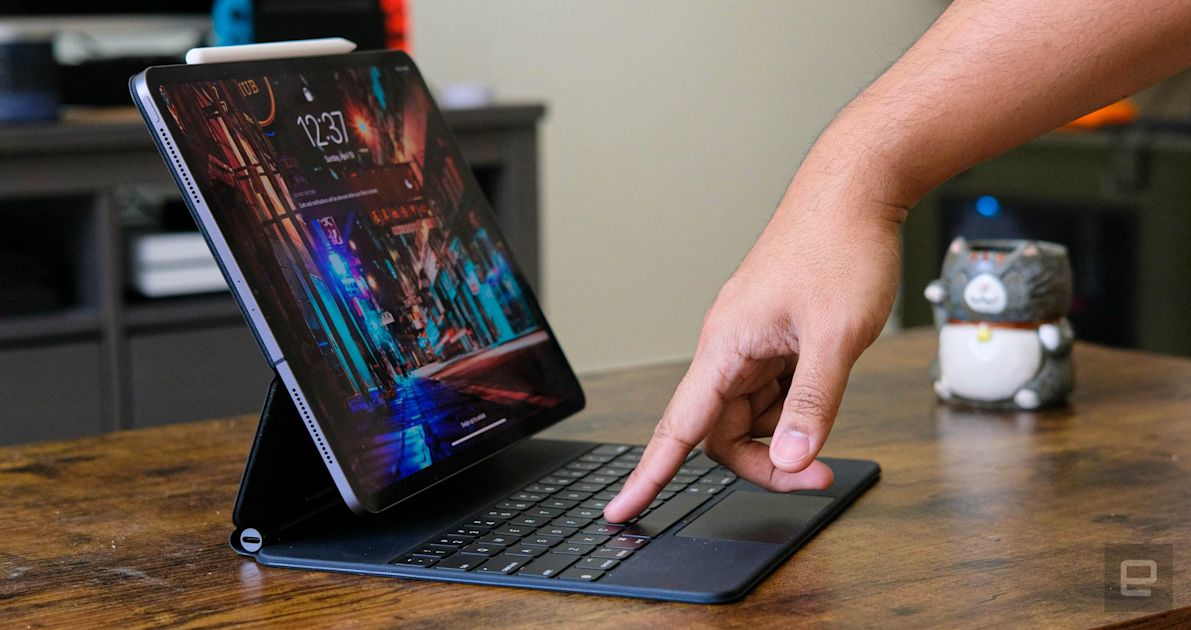 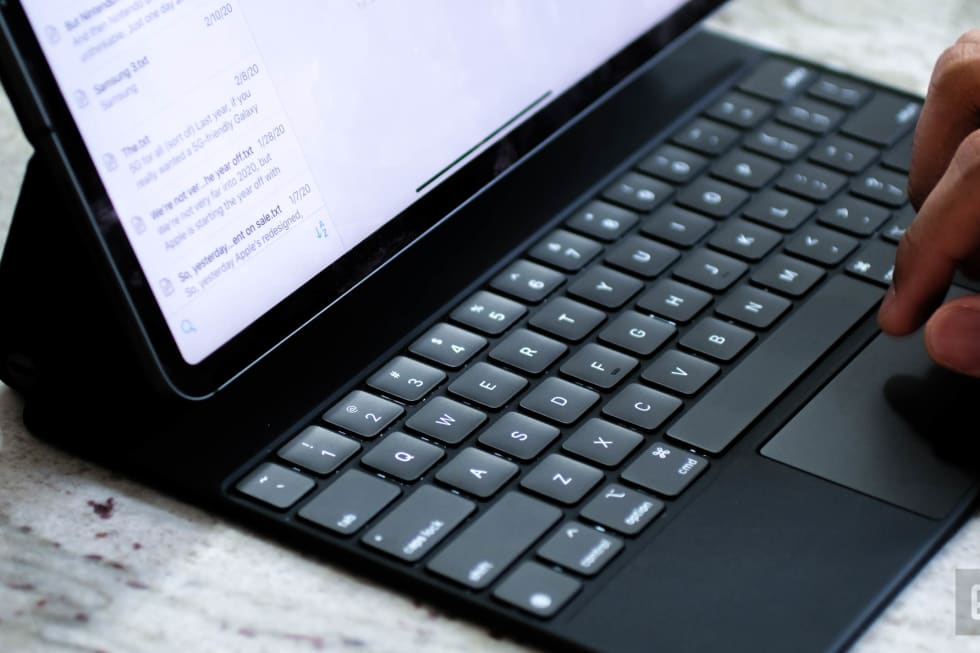 With the Magic Keyboard attached, the 12.9-inch iPad Pro is just a hair thicker than a modern, 13-inch MacBook Pro, and almost exactly as heavy. (For those keeping track, the MBP I mentioned weighs almost exactly three pounds, while the Keyboard-ed iPad Pro comes in at 2.99 pounds.) I wouldn’t call this a dealbreaker, but it’s something to consider if you plan to carry around a laptop and an iPad Pro with a Magic Keyboard.

It’s probably clear by now that I’m not a huge fan of Apple’s existing Smart Keyboards for the iPad Pro, but they do have one huge advantage. Rather than leave the key switches exposed, Apple sealed them behind a sheet of fabric that protects them from liquids, bag schmutz or the remnants of your hastily devoured desk-meal. The same can’t be said for the Magic Keyboard, which is at least partially a good thing — that’s why these keys feel so damned nice to type on. Still, there are subtle gaps between the keys and the frame that separates them — and Apple hasn’t responded to questions about water or dust resistance.

So far nothing has squeezed its way into those gaps, but it’s only been a few days, and I’ve definitely gunked up past MacBook keyboards while absentmindedly snacking. My refrigerator is about a foot away from my desk, so here’s hoping the Magic Keyboard survives the next few weeks (or months?) that I’m stuck at home hoovering all the food in sight.

It doesn’t replicate the feel of a laptop

For me, at least, the best thing about working on a laptop is flexibility. Prop it on a table, open it and you’re off to the races. If you’re on a plane and the person in front of you reclines, you can angle the screen toward you and muddle along. And if you’re feeling particularly daring — or lazy, I suppose — you could stretch out on a couch, prop your legs up, push the screen back as far as it goes and plug away.

The Magic Keyboard gets close to that level of flexibility — far closer than Apple has come before — but it’s still not quite there.