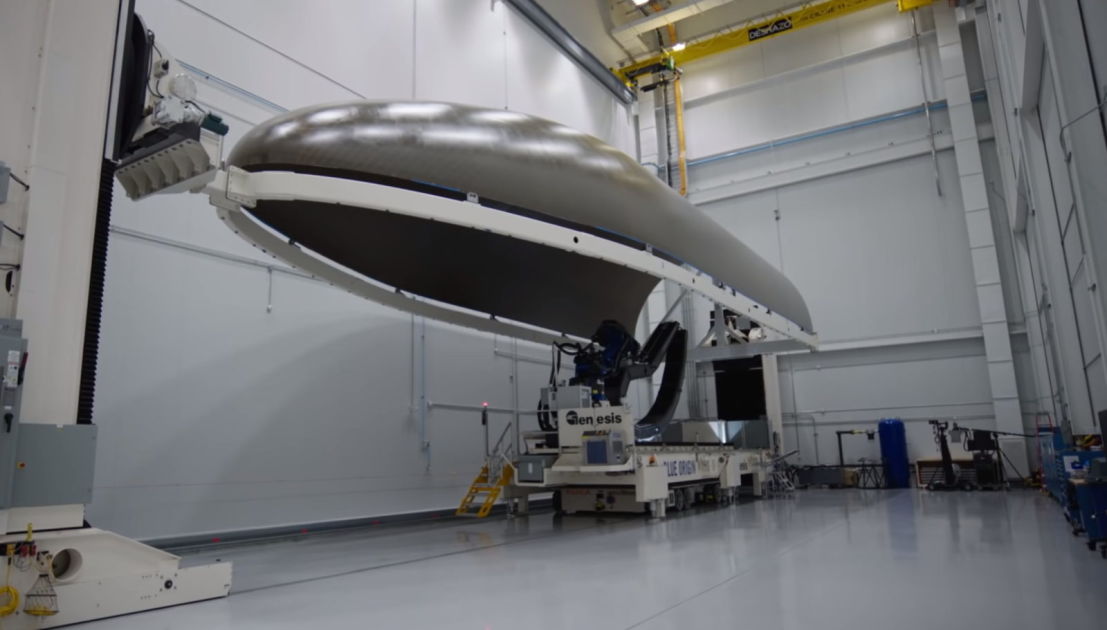 The nose cone (fairing) for the New Glenn rocket is enormous to say the least — in fact, it’s big enough to swallow the entire New Shepherd rocket. As such, it’s “sized to fit almost 50 percent more [payload volume] than the next competitor,” said New Glenn VP Jarrett Jones. “At seven meters [23 feet] across, this is the largest contiguous composite fairing ever built.”

Because the nose cone is so large, Blue Origin customers will be able to design new types of payloads. That includes larger satellites in the commercial, civil and national security categories, all of which can be launched with the same rocket.

Blue Origin also showed off the upper stage BE-3U engines being tested at its facility in west Texas. It noted that it uses an “expander cycle” design that’s simpler than other engines because the heat that drives the turbines is also generated from the main combustion chamber. The company hasfinished its “critical design review” of the engine and is now building the hardware.

Blue Origin has successfully tested the main- and second-stage BE-4 engines for the rocket, though first flight is still a long ways off. New Glenn will land its first stage on a barge and the ground much like SpaceX’s Falcon rockets, but will supposedly use aerodynamic surfaces that negate the need for a re-entry burn.

The plan is to compete with SpaceX’s Falcon Heavy for major launch contracts. Eventually, Blue Origin will build an even bigger rocket, the New Armstrong, to compete with the SpaceX Starship and NASA’s beleaguered Space Launch System (SLS).