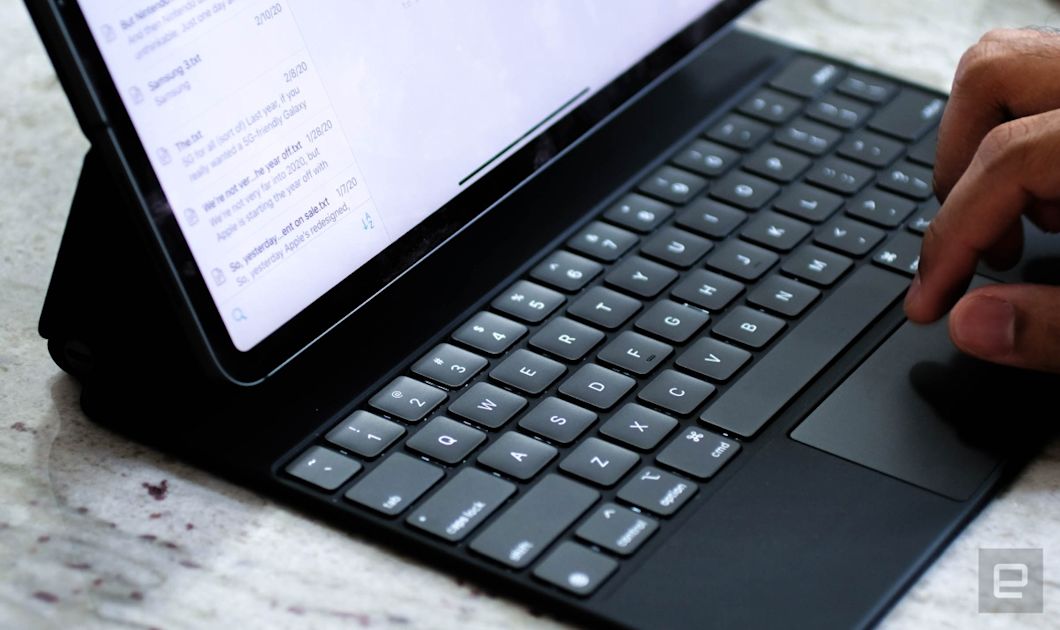 More Nintendo Switch consoles. That’s apparently what we want. Whether it’s down to COVID-19 related supply issues or *that word for people that buy stuff and sell at a profit*, it’s difficult for some people to order a Switch at a time when they’ve arguably never been indoors so much. Nintendo is reportedly ramping up production on consoles, however.

The killer Switch feature in the age of lockdown and working from home, though, is the fact you can play it without hogging the TV. Netflix can be binged, news can be watched and your Animal Crossing isle still gets the attention it needs.

Microsoft’s next Surface Go could up the screen size to 10.5 inches

You might also have the option of a faster processor.

More reports on Microsoft’s upcoming Surface Go sequel suggest the tablet will share a familiar form factor but pack a slightly larger 10.5-inch screen (versus 10 for the original) and a corresponding bump to a 1,920 x 1,280 resolution instead of the 1,800 x 1,200 from before. The tablet is still expected to debut next month.
Continue reading.

You might already have a new iPad Pro, but now Apple’s Magic Keyboard is here to make it feel even more like a bona fide computer. According to Chris Velazco, typing is a pleasure thanks to Apple’s updated scissor-switch keys, and as its key layout is nearly the same size as the 13-inch MacBook Pro’s, acclimating doesn’t take long. The glass trackpad is a star, too, thanks in large part to improvements Apple made to iPadOS. That said, the iPad only has a 40-degree range of motion on its hinge, so it’s not quite as flexible as a laptop. However, it’s not ideal for every situation.
Continue reading.

Accidentally swiping away from the action is one risk of watching TV or movies on your phone, but Netflix has a solution. Android users will start seeing a Screen Lock option at the bottom of the app’s interface right next to the Episodes, Audio & Subtitles and Next Ep. buttons when they hit play and watch on their devices.

Upon tapping Screen Lock, all the other buttons will disappear from the screen. There’s no longer any risk of accidentally playing the next episode, pausing or scrubbing forward and back. Users will have to tap the screen twice to deactivate the feature: the first tap will bring up an Unlock Controls? button, and the second tap will make them available for use again.
Continue reading.