The Morning After: Microsoft unveiled the Surface Book 3 and Surface Go 2

Need another reason to be skeptical of smart home devices? Last night, Wink emailed customers to inform them its home automation business is changing to a subscription business model. Customers can either sign up for a $5 per month service fee (with no immediate upgrades or features) or lose access to control via apps and all automations.

And they have one week to decide — the new policy goes into effect May 13th.

The current situation has put a lot of people and companies in difficult straits, but sticking customers with a brand new fee without allowing enough time to feasibly switch to another platform is pretty low. It’s definitely something to think about the next time you’re deciding on a smart light bulb or speaker.

Some items are available as early as May 12th.

Microsoft has overhauled its Surface lineup, with two new laptop/tablet combos, new headphones and earbuds, a $260 USB-C desktop dock and even some new keyboard bundles. The Surface Book 3 is the most high-profile device, but the design hasn’t changed noticeably from its last iteration. Inside, however, it’s packing the more powerful 10th-generation Intel Core CPUs along with NVIDIA graphics. The bad news: It’s limited to quad-core CPUs while competitors from Apple and Dell have the option for six-core chips — although, they have to live without its sweet detachable keyboard.

The Surface Go 2 tablet is the same size as its predecessor — your old keyboard case or Type Cover will still work — but smaller bezels give it more screen space this time around, and of course, the internals have had a refresh as well. Prices start at $399, with optional add-ons like LTE or an Intel Core M CPU available for more money.

If you’re into audio then check out the new earbuds and headphones. Microsoft’s new Surface Earbuds have a… distinctive look and promise all-day battery life for $199. Meanwhile, the Surface Headphones 2 have a design that’s similar to the original model, but with improved noise cancellation and battery life for a lower starting price of $249.
Continue reading.

Six years after the original Ring video doorbell debuted, the company is offering a revamped model. Video quality has improved to 1080p from 720p, night vision is better and owners can choose privacy zones to exclude from video recording. Also, in addition to using hardwired power, there are options to run it off a battery or even a $50 solar charger add-on.
Continue reading.

It’s also updated its sub and the Play:5.

Say hello to the Sonos Arc, a new high-end soundbar that supports Dolby Atmos and uses the company’s adaptive tuning system to optimize whatever content you’re playing through the speaker.

The Arc has dedicated center, left and right channels, along with surround left and right and two upwards-firing speakers for height. Sure, plenty of soundbars support Atmos at this point, but Sonos is doing something interesting with how the Arc responds to different audio formats. For example, if you’re watching a movie that doesn’t support Atmos, the Arc will adapt and use the upwards-firing speakers to improve bass performance.

The Arc will cost $799 when it goes on sale June 10th — that’s $100 more than the Playbar it replaces, but it has enough upgrades to explain the difference.

Meanwhile, Sonos is also making a few internal updates to some other existing products. There is a new Sub that looks identical to its predecessor but has some major internal updates. Sonos says it has increased memory and processing power as well as a new wireless radio. The Sonos Play:5 is also receiving a nearly identical refresh, aimed at extending how long it’ll receive software updates.
Continue reading. 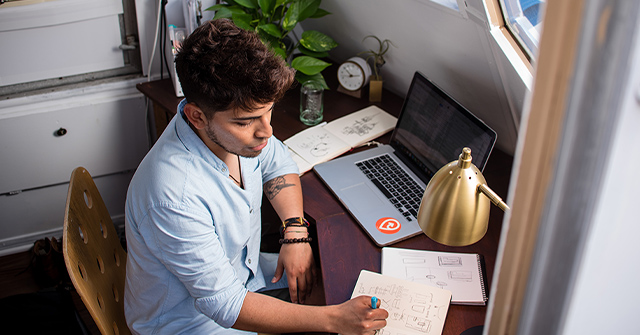 Nintendo sold 3.29 million Switch consoles in the first three months of the year, bringing lifetime sales to 55.77 million. That’s more than the combined lifetime sales of the Nintendo 64 and GameCube, which sold 32.93 million and 21.74 million, respectively. It’s also beyond the SNES — an impressive milestone eclipsed over the holidays — and 6.14 million behind the NES.

When it comes to games, the company released Animal Crossing: New Horizons last quarter, which may be the perfect lockdown distraction from the coronavirus pandemic. The Switch exclusive came out on March 20th — only 10 days before the end of the quarter — and sales already approached 12 million. That’s more than a million copies sold each day.
Continue reading.