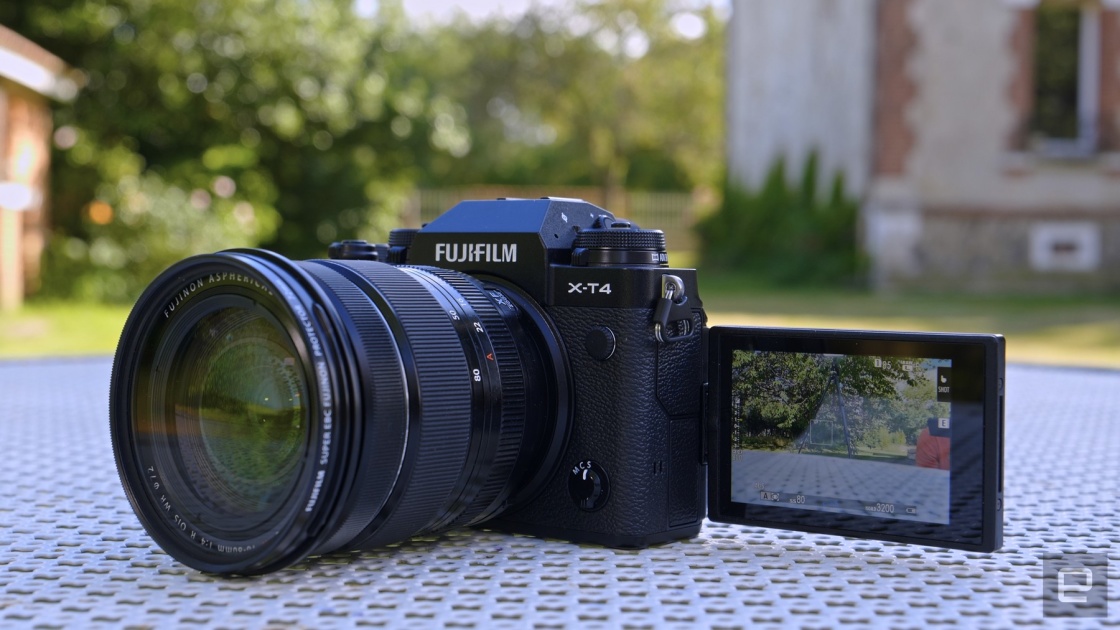 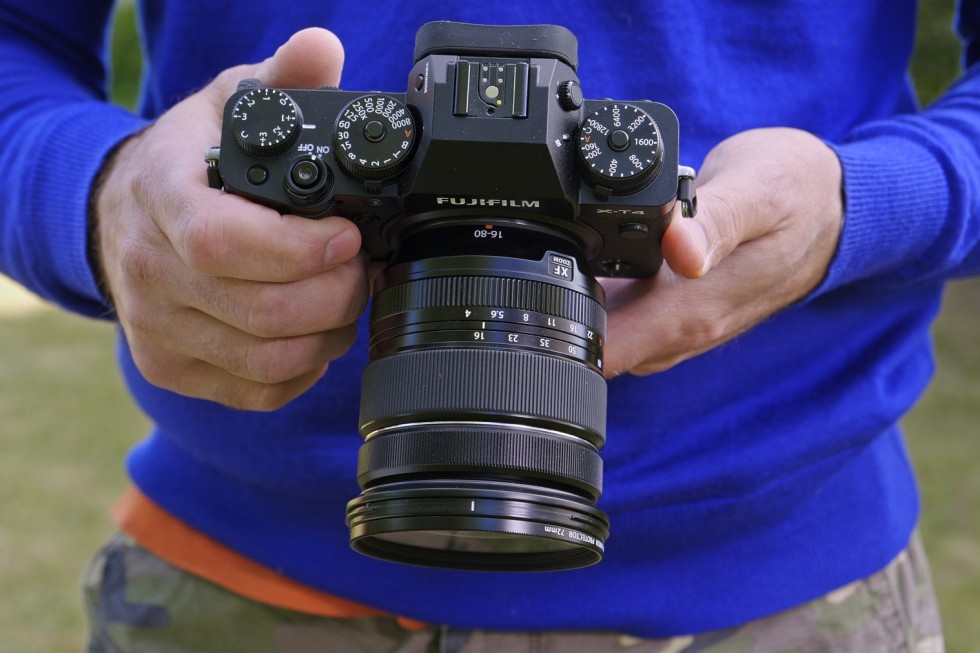 The X-T3 was stylish and relatively lightweight, two key selling points of Fujifilm cameras. The X-T4 is still a great-looking camera, but it’s not as svelte. It’s 2mm wider and 5mm thicker, and weighs 607 grams compared to 539 grams for the X-T3 — about a 10 percent weight gain.

That doesn’t sound like a lot, but it tipped the X-T4 out of the “compact” category shared by the X-T3 and Sony’s A6600. However, it’s still nimble enough to take most places and the flip-out screen and in-body stabilization (IBS) are easily worth the tradeoff.

The X-T3 was already the best handling APS-C camera out there, and the X-T4 takes that up another notch. I love how this camera feels. You get the same versatile array of manual dials, buttons, a D-pad and a joystick. However, Fujifilm has made those even more useful, particularly for video.

It’s easy to switch between still and video shooting, thanks to a dedicated dial. Each mode retains its own main and quick menus, so you won’t see a flash option in the movie settings, for instance. It also means your exposure, log, film simulation and other settings won’t get mixed up.

These quick menu options and improved manual controls are especially useful for video. For example, you can program the quick menu with up to 16 touch buttons that can be set for mic input levels, in-body stabilization, frame-rate and video quality. That makes it far easier to switch between slow-motion 1080p and regular 4K, for instance.

With your quick menus, buttons and dials set up, you’ll rarely need to jump into the main menus. Should you need to, though, Fujifilm’s menus are among the best for mirrorless cameras. That said, some items like the IBS settings are not particularly well-labeled, and Fujifilm’s remote control app is ill-designed, especially for video — though that’s an industry-wide problem.

However, the X-T4 body ticks other boxes, too. It has a bigger battery than the last model that let me shoot photos all day and video for about two hours continuously. Like the X-T3, it has dual high-speed SD card slots for backup and faster shooting. While slower than the new-fangled CFExpress cards (meaning shorter burst shooting times), they’re easier to find and a lot cheaper. Better still, Fujifilm now lets you capture to each card separately or both at once, for redundancy.

Finally, you get HDMI, USB-C and microphone ports, but unlike the X-T3, Fujifilm has inexplicably removed the headphone port. That’s not quite as tragic as it sounds, as I could still monitor sound via the USB-C port with an adapter (included with the X-T4) or USB-C headphones.

The X-T4 still bests Sony’s APS-C cameras and its other rivals when it comes to handling and looks, despite the gain in size. But what about performance?

The news is (mostly) good here, too, starting with the shutter. Fujifilm’s new low-vibration model makes this camera both quicker and quieter than ever. In fact, the X-T4 may have the best feeling and sounding shutter I’ve ever tried — there’s zero vibration and it makes an extremely satisfying “snick.”

The X-T3 shoots at a respectable 12 fps (20 fps in electronic mode), but the X-T4 can hit a breakneck 15 fps with the mechanical shutter and 20 fps with the electronic shutter. It can shoot blackout-free in electronic shutter mode, albeit with a slight lag on the display. Those speeds beat Canon’s M6 II, the former champ, and the X-T4 can do it for 38 consecutive RAW frames compared to 23 for its rival. Sony’s A6600 can hit 46 RAW frames before the buffer fills.

Now, speed is nothing if the autofocus can’t keep up. While the X-T3 wasn’t bad in this category, it couldn’t touch Sony’s A6600 when it came to AF speed, especially for subject tracking. It was also behind the M6 Mark II for burst shooting and video autofocus.

Luckily, Fujifilm made some improvements here, too. The X-T4 now tracks color and shape data along with distance for improved accuracy, while working in darker places than before. For continuous AF tracking, the X-T4 locks on to your subject with a single box instead of multiple squares so it’s easier to see what you’re tracking. With all that, Fujifilm claims a .02 second focus lock speed (on par with Sony’s A6600) and double the focus hit rate.

Is that accurate? In my tests, the AF worked better than the X-T3 for sports and other types of dynamic shooting. It was also less jerky and locked on to my subjects more reliably. Face and eye detection was also smoother and more accurate.

However, in tricky sports and other scenarios, it still missed some shots. It was most fussy when tracking fast moving objects like our dog against dry grass similar in color to his fur. It’s a big improvement over the X-T3, but the focus hit rate still isn’t as high as Sony’s A6600. That’s a high bar, though, and the X-T4 autofocus otherwise excelled in most situations.

The X-T4 is only the second Fujifilm camera with in-body stabilization, after the X-H1. It’s smaller and lighter than the X-H1 by 70 grams, but Fujifilm has promised that the IBS actually works better, delivering 6 stops of shake reduction or 6.5 stops with a compatible lens — more than any other APS-C camera.

I don’t have the hands of a surgeon, but I could still get sharp photos down to about a quarter or eighth of a second. That makes this camera much more useful for low-light shooting than the X-T3. It also helps considerably with video, as I’ll discuss shortly. 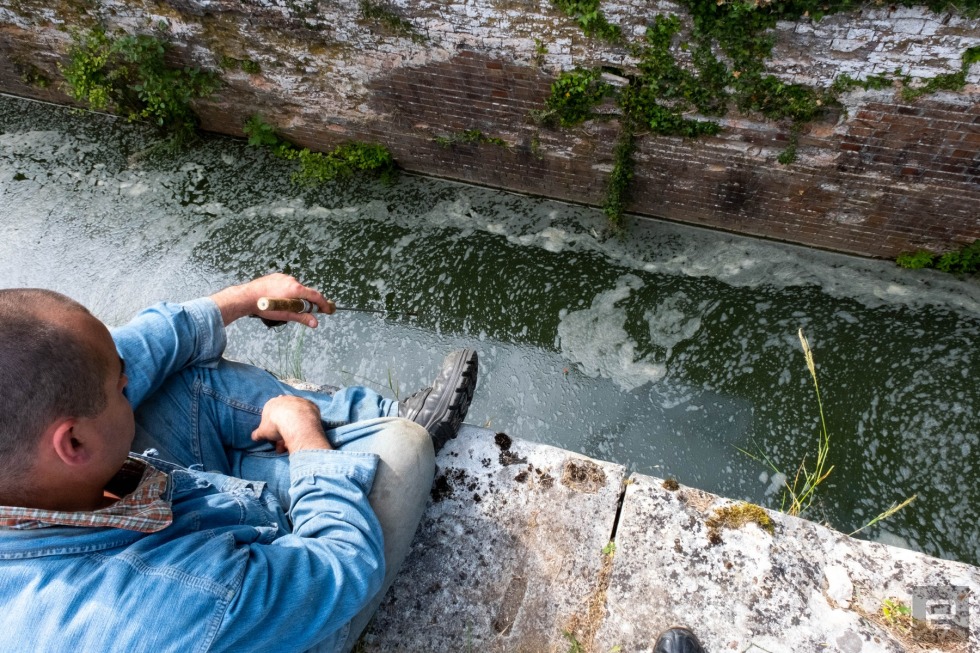