Apple fans weigh in with their Watch Series 5 reviews 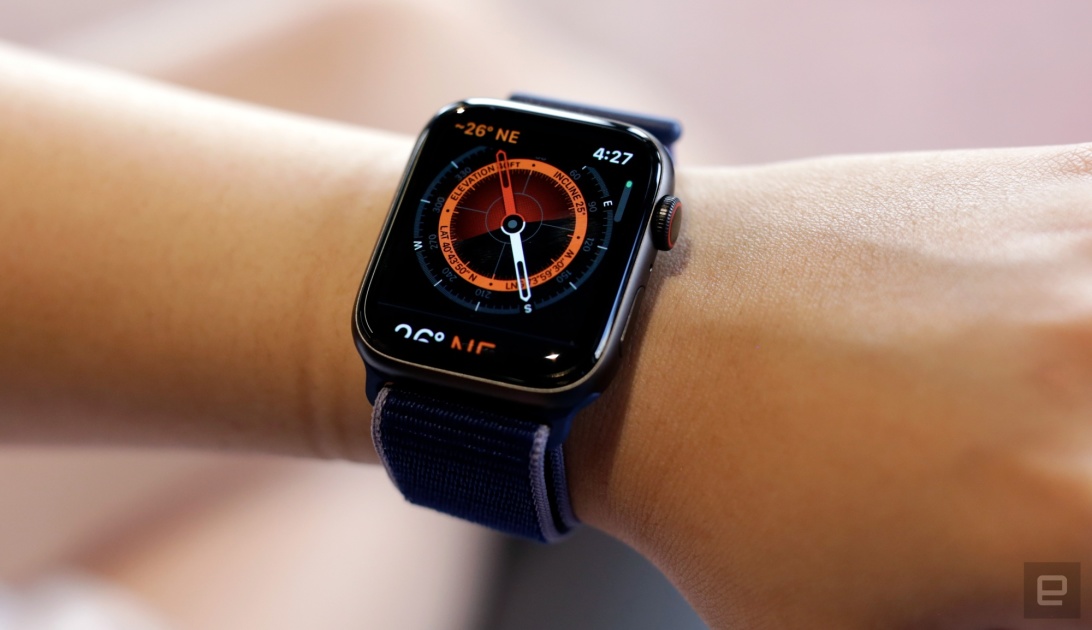 While Apple says the majority of people who purchase one of its smartwatches are first-timers, most of our user reviewers had experience either with other brands or previous versions of the Apple Watch. Michael, who owned the Series 1, waited five years to upgrade and said he couldn’t be happier with the decision. He noted that “the addition of cellular connectivity in Series 3, the larger screen and ECG of Series 4, combined with the always on screen of Series 5 finally put all the pieces together in one watch.” Likewise, Mary said she “went from a Series 3 to a Series 5 and I’m not disappointed! The 3 has enough going for it that it’s easy to sell and put towards the 5.”

Kyuu was more reserved, saying the Watch was far lighter than Samsung’s alternatives and “the basics are fine, and that’s saying a lot after the number of smartwatches I’ve used.” However, Jeff was not impressed — he had the Series 2 and upgraded, but switched back after two months “because the AW5 heart-rate monitoring is much worse. The AW2 measurements match my Polaris chest-strap well, and the AW5 fails to read my heart rate most of the time.”

When it came to battery life, Dana found it mostly lived up to the 18-hour claim. She got as much as 21 hours while our mobile editor Chris Velazco made it a full 24 hours on one occasion. The consensus among our users was less positive. Kyuu said the battery life was bad, and that getting through the day was “not a given.” He pointed out that “it’s a double problem because the standard charger sometimes fails to charge it full and may leave it at only 40 percent.” Jody said she wished the battery life was better, as “I’ve almost never run out of charge before bed, though I’ve come close a few times.” And Michael claimed the battery life on his Series 5 was impressive, though he didn’t detail how long it lasted or what he was using the watch for.

Other hardware notes: Mary was the only one to mention the always-on display, which she loved for the ability to quickly check the time. Michael brought up the 64-bit processor, saying its responsiveness “makes feedback and launching apps feel more like you’re using the latest iPhone, not something as small and weak as a watch.” Kyuu voiced his opinion about the strap, declaring it very comfortable.

When it came to the software side of the device, there were more positives than negatives. Kyuu liked that “day-to-day tasks, notifications and checking up on health work as promised.” He also had positive experiences with Apple Pay, saying that “Making payments is a breeze and I pretty much pay almost everything with the watch now, it’s reliable and quick.” He also found health tracking “clear and simple to use,” but was disappointed that “workout detection is also unreliable. I might have walked for hours before it realizes I might be walking. I have to remember to use it manually, a minor inconvenience.” Meanwhile Mary, who loved the ability to listen to Audible books on her Series 5, said what really swayed her into buying it was the fall alert since she has taken a spill a few times.

Kyuu and Jeff were the only ones to point out serious drawbacks. Jeff declared the Series 5 a “disappointing upgrade,” while Kyuu felt the emphasis on all icons and no text was a downside. “I often end up starting several apps in a row until I find the one I need. The icons are sort of logical, but not perfect. Maybe they make more sense to someone who’s been in the Apple zone longer.”

However, Kyuu also said the watch “mostly does as promised.” Jody said for her uses, the watch works very well. Michael was more effusive, stating the “early promise of what the Apple Watch could be was finally realized with Series 5” and “the improvements make the new Apple Watch feel like a completely new device, not just an upgrade.”