The best deals we found this week: 16-inch MacBook Pro, Fitbit and more 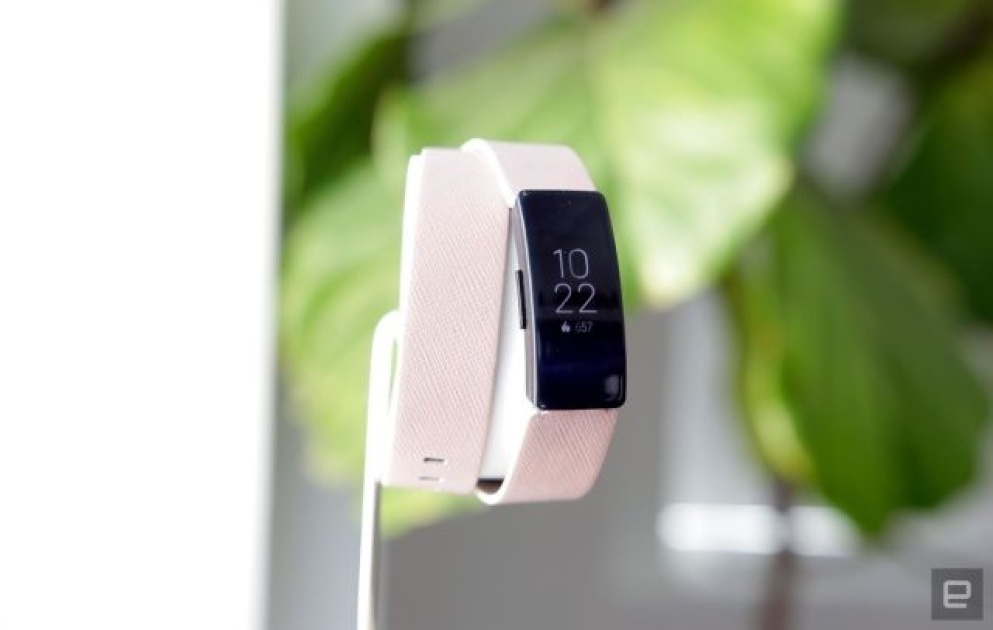 Apple’s 16-inch MacBook Pro is $300 off at Amazon. That’s not quite the biggest deal we’ve seen, but it’s still a good price on Apple’s most expensive laptop. You’re getting a powerful machine in this laptop as it has an Intel Core i7 processor, 16GB of RAM, 512GB of storage and Radeon Pro 5300M graphics. We gave it a score of 90 in part for the power it provides at the starting price, as well as its comfortable Magic Keyboard, large Retina display and best-in-class speaker and mic combo. The only caveat is that if you don’t need to buy it immediately, you might want to wait and see if that earlier $400-off deal pops up again in the future.

You can still get the Apple Watch Series 3 on Amazon at its lowest price ever, only $169. It may not be the newest Apple Watch, but the Series 3 is a more than capable wearable that does everything most people need a smartwatch to do, including all-day activity tracking, delivering smartphone alerts to your wrist and letting you interact with on-watch apps. The Series 3 also has a built-in heart rate monitor and GPS, both of which contribute to its excellent workout tracking abilities. We gave it a score of 82 when we first reviewed it thanks to all of those features plus its solid performance and good battery life. But if it were this inexpensive at launch, we probably would have awarded it an even higher score.

The space gray model of the latest MacBook Air is on sale for $949 at Amazon — not the cheapest we’ve seen, but still $50 off its normal price. That’s a solid deal considering this model came out only a few months ago. It has a Core i3 processor, 8GB of RAM and 256GB of storage, as well as Apple’s new Magic Keyboard, which replaces the butterfly keys on the company’s older laptops. We gave the new MacBook Air a score of 87 thanks to this major improvement, plus its sharp Retina display and excellent trackpad. As with the MacBook Pro, just know that Amazon has offered it for as low as $899 — so if you don’t need to order immediately, you might be able to get a better deal in the future.

The Echo Plus smart speaker is still on sale for $80, its lowest price ever, and you can get it bundled with a free Philips Hue smart light bulb at that same sale price, too. The Echo Plus is a good option for those that want to build a smart home since it has a Zigbee home hub built in. That means that any smart devices you get like light bulbs, door locks and more can connect directly to the Echo Plus — no additional hubs necessary. We gave the Echo Plus a score of 86 partially for this reason, but also for its much-improved audio quality and its new stereo audio feature.

Both the Echo Show 5 and the Echo Show 8 remain discounted today. The Show 5 is on sale for $60 and the Show 8 is on sale for $90. While not the lowest prices ever on the two smart displays, these are solid deals for those who have an immediate need for an Echo device with a screen. The Echo Show 5 makes a good smart alarm clock thanks to its compact design and sunrise alarm feature, and the Echo Show 8 could be a capable kitchen display if you often follow along with recipe videos. Amazon’s small Echo Flex adapter is also on sale for $17.49, and it’s worth considering if you have a small room or a confined space in which you’d like to be able to call upon Alexa for help.

Sennheiser’s first-generation Momentum True Wireless earbuds are on sale for $160, a significant discount from their original price of $300. Of course, it’s worth emphasizing that Sennheiser released an updated set of true wireless headphones earlier this year, so you’re not getting the latest. But at that price, you might be able to live with the design quirks we identified in our review. Despite some frustrating touch controls, the first-generation Momentum earbuds offered some of the best sound quality out there. The latest model has active noise canceling and improved battery life, but if you can live without that you’ll save a lot of money.

DJI’s Osmo Action camera is a worthy rival to the devices that GoPro has been making for years, and right now it’s on sale for $250 at both Amazon and Best Buy. When we reviewed the Osmo Action last year, we found it had a great combination of specs for the price point. One of its best features is a front-facing display to help frame yourself in a shot, and support for HDR video and excellent image stabilization help produce great results. It doesn’t have GPS on board, which is a bummer, but at this price we can forgive its omission.