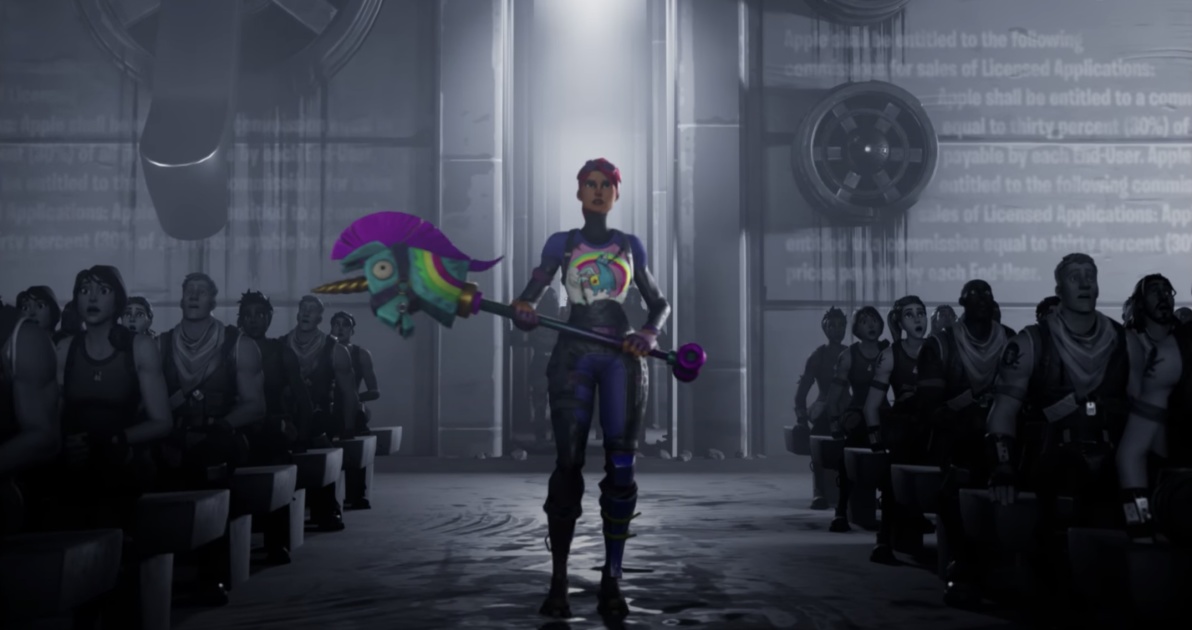 To understand why Epic is taking such drastic action now, and why it’s choosing Apple to make this point, we don’t have to look far. On July 29th, the House Judiciary Committee held a hearing to probe the anticompetitive nature of four of the largest technology companies in the United States — Google, Amazon, Facebook and Apple. It was a virtual spectacle, with the billionaire CEOs answering questions about their corporate power and policies for five hours straight, including Apple head Tim Cook. (OK, quite a few of those hours were filled with Republicans trying to prove anti-conservative bias on social media platforms, but substantive questions were asked, too).

Cook was there to defend Apple against accusations that the company regularly steamrolls rival developers on the App Store, which operates as a monopoly on the iOS platform. Apple is the guardian of both the App Store and iOS, the operating system that powers 1.5 billion devices across the globe.

Cook’s message on July 29th was clear: The App Store doesn’t favor or block any programs for Apple’s own gain.

“We treat every developer the same,” Cook said. “We have open and transparent rules. It’s a rigorous process. Because we care so deeply about privacy and security and quality, we do look at every app before it goes on, but those rules apply evenly to everyone.”

And then, on August 7th, Apple had to publicly explain why it was blocking xCloud, Stadia, GeForce Now and other cloud-gaming platforms from the App Store.

Essentially, Apple said these services can exist on the App Store as long as they submit each game on the storefront for individual review. This is a prohibitive rule, considering xCloud alone has more than 100 games, with new additions rolling in all the time. Meanwhile, non-gaming streaming services like Netflix, YouTube and Spotify are free to operate on the App Store without these restrictions.

Microsoft pulled the xCloud preview app from iOS in early August, and on the 7th, it released a scathing statement about Apple’s approach to cloud gaming.

“Unfortunately, we do not have a path to bring our vision of cloud gaming with Xbox Game Pass Ultimate to gamers on iOS via the Apple App Store. Apple stands alone as the only general purpose platform to deny consumers from cloud gaming and game subscription services like Xbox Game Pass. And it consistently treats gaming apps differently, applying more lenient rules to non-gaming apps even when they include interactive content.”

Apple has absolutely bent the App Store rules in specific cases — most notably for one of the other companies at the antitrust hearing, Amazon. While most apps have to implement clunky web workarounds in order to use their own payment services on iOS, in April the Prime Video app added direct purchases through Amazon, completely sidestepping Apple’s fees. Apple said it was part of an existing program that allows “premium subscription video entertainment providers” to sell directly to users on the App Store, but the policy is rarely used and shrouded in mystery to even the most avid Apple followers.

Apple is reluctant to allow third-party storefronts on iOS because enabling direct payments cuts into the company’s lucrative, longstanding revenue-sharing model. As a rule, Apple collects 30 percent of an app’s revenue in its first year on the store, and 15 percent afterward. When Cook says “84 percent of the time it’s zero,” he’s talking about free-to-play programs with no in-app purchases, which tend to rely on integrated ads to generate a return.

30 percent is high. Developers across gaming platforms have been increasingly vocal about the unsustainable nature of a 30-70 revenue split, and Sweeney is often shouting the loudest. Epic has come for Google, Apple, Microsoft, and most pointedly, Valve, the company that runs Steam.

The Epic Games Store is itself a challenge to Steam, as it offers developers a revenue cut of 88 percent, with Epic taking 12 percent. Steam has charged developers 30 percent for more than a decade — longer than the App Store or Google Play have existed — and after a year and a half of this competition, Valve has shown no signs of changing its policies.

Today, Apple said Epic is seeking a special deal, but that’s not true. We’re fighting for open platforms and policy changes equally benefiting all developers. And it’ll be a hell of a fight! https://t.co/R5A48InGTg

So, Epic has turned its attention to Apple, a company already struggling with issues of monopoly and the limits of capitalism. Mobile is the fastest-growing segment within gaming, and putting the Epic Games Store on billions of handheld devices could translate into exactly that much money for Sweeney’s company — which is admittedly already rolling in cash, thanks to Fortnite and the Unreal Engine.

Throughout his testimony, Cook repeated the idea that Apple doesn’t enjoy a dominant market share in any part of its business. When asked about the unchecked power that Apple has to change revenue-sharing prices for developers on the App Store, Cook flipped the question sideways and answered it as a platform issue.

“For developers, they can write their apps for Android, or Windows, or Xbox or PlayStation,” Cook said. “We have fierce competition at the developer side and the customer side, which is essentially so competitive I would describe it as a street fight for market share in the smartphone business.”

The creator of the Hey email app — which was also briefly, scandalously blocked on the App Store this year for attempting to circumvent Apple’s 30 percent cut — live-tweeted the antitrust hearing and scoffed when Cook named Xbox and PlayStation as direct iOS competitors.

“Lol,” he wrote. “Yeah, we should have written HEY for PlayStation. That was our mistake.”

Though Android is gaining ground, iOS has historically represented more than half of the overall mobile gaming market, bringing in more revenue than Google Play and third-party Android storefronts combined. And on iOS, Apple makes all the rules.

Well. Epic’s lawyers might have something to say about that.