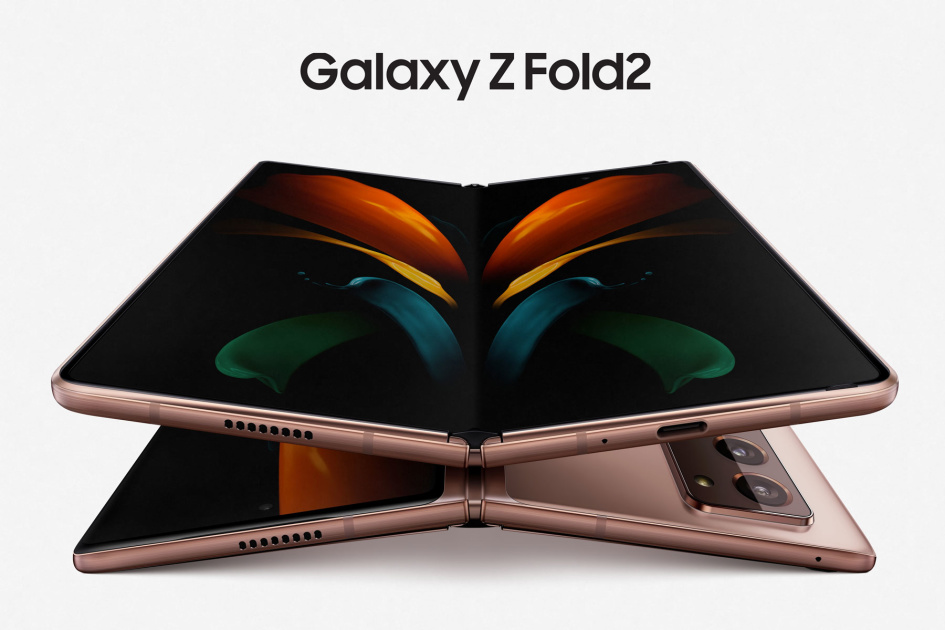 Sadly, Samsung wasn’t ready to talk about too many of the device’s specs, at least not right now, since there will be a dedicated Fold 2 event on September 1st. But there were a few tidbits that were mentioned during the event that are worth holding on to.

The first is that the device will be packing a 4,500mAh battery, edging out the slightly smaller cell on its predecessor. Second is that the Fold 2 is noticeably thinner than the first one thanks to improved miniaturization.

The first edition of the Fold was notorious for falling far short of the heights its designers had originally aimed for. As the flexible display was closed, it created an air gap that allowed dust and particles to get inside. When the phone was snapped open again, the trapped grit caused indentations on the screen, or punctured it completely.

Even worse, the company included a protective layer on top of the display that looked to unwitting users like a retail cover. When early reviewers peeled this film off, they soon learned that it was integral to the display and had busted their units within the first day of testing. Why Samsung thought that having a trailing edge within fingernail distance of the phone’s edge was a good idea, nobody knows.

Quick to resolve the issue, Samsung recalled the review units and spent several months working on a fix. That included new caps on the ends of the hinge to prevent dreaded dust ingress and tucking the ends of the display layer under the device’s frame. Still, that didn’t end questions about the Fold’s reliability after a stress-test found the hinge would not last the 200,000 openings Samsung originally claimed.

There were other niggles, especially for a device costing the better part of two thousand dollars and marketed at wealthy, tech-savvy users. The front-facing cameras were mounted in a noticeable cut-out on the front of the display which dominated the upper right side of the screen. It didn’t look good compared to other phones, especially given the growing acceptance of hole-punch lenses across the industry.

Thankfully, it looks as if both issues have been resolved — at least according to the keynote — in time for this new model. Gone is the ugly cut-out, replaced with a hole-punch lens now stationed in the primary display, as well as the removal of those ugly surface bezels. Samsung also shrunk down the Fold 2’s Ultra Thin Glass display layers, and re-arranged them, for better durability.

Samsung has also spent plenty of time making the Fold 2’s hinge operate a lot more reliably than before. There’s still a gap between the two halves, but as explained in the video, you simply can’t fold any flexible display entirely closed without breaking it. There’s also a new set of fibers, like that on a vacuum cleaner head, designed to brush out dust and particles that were the bane of the original Fold. It’ll apparently be more reliable, too.

If Samsung has managed to crack the foldable equation, then it makes the case for keeping the Note series around even flimsier. After all, the Note’s USP was that it offered substantially bigger screens and better performance for those who were prepared to pay. Now that the Galaxy S has almost the same size display and even faster internals (in some cases), the Note seems redundant. If Samsung’s newest big-screen foldable works properly this time around, then maybe this is the last time we’ll see a new Note.

In terms of colors, the Fold 2 is available in both black and bronze, while fancier-pantsier buyers can opt for a limited-edition Thom Browne-designed version. That edition is dark grey with a red, white and blue NATO-strap motif running down the back.

If you’re ready to throw down an as-yet unannounced quantity of cash to own one of these, you can already register your interest for the 5G version on Samsung’s website. But pre-orders proper won’t begin until September 1st, when the company will expected to open up about this handset properly.