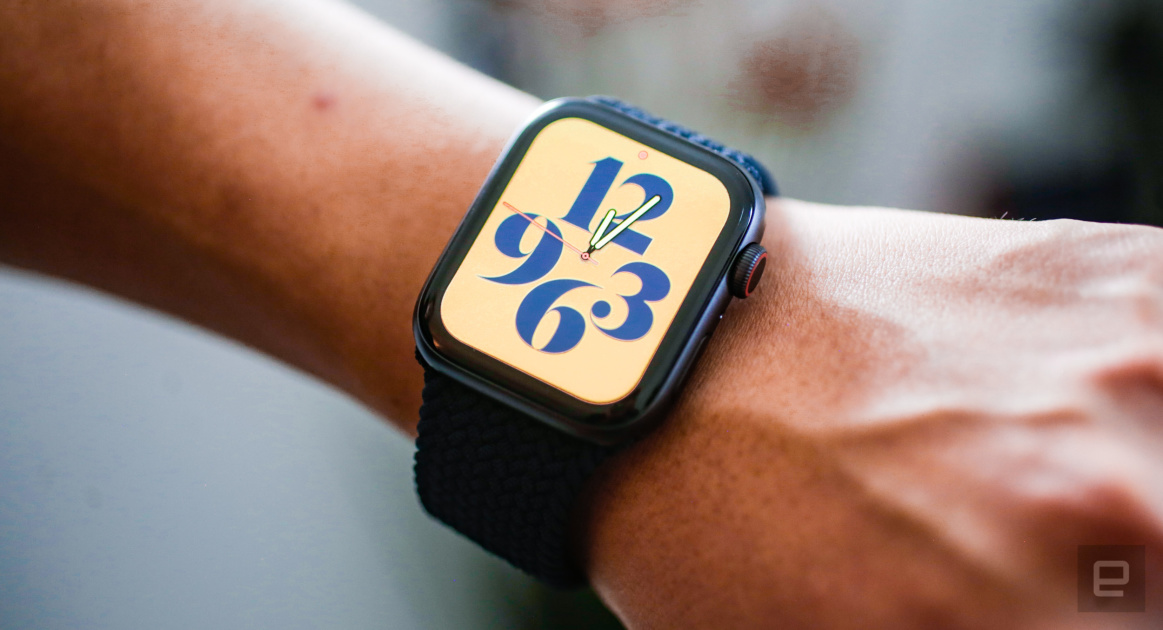 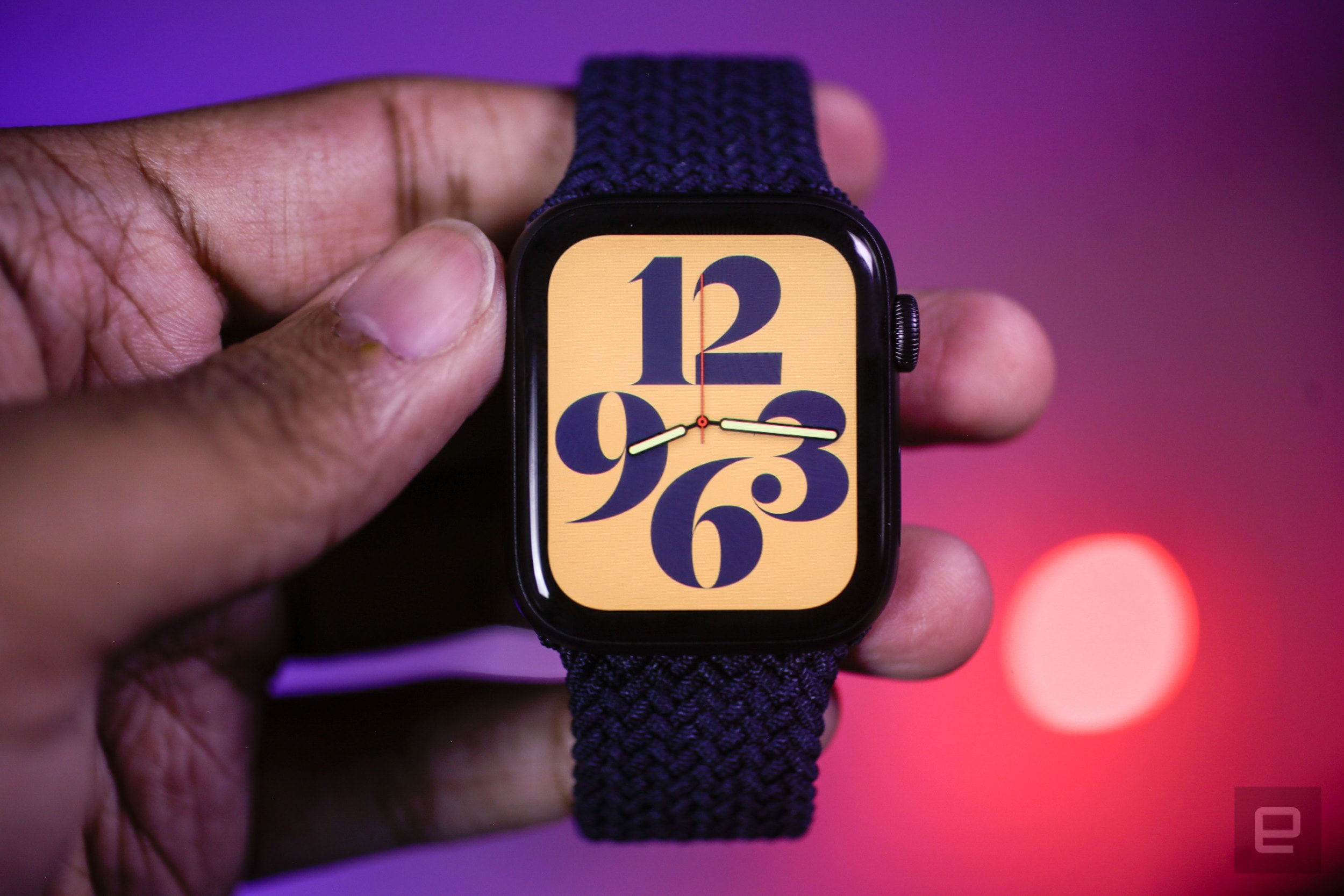 I’ve been wearing the new, 44mm Apple Watch SE for about a day, and I can’t stop thinking of it as Apple’s FrankenWatch. It’s hard not to, honestly.

For one, the SE uses the same S5 system-in-package (or SIP) that we got in last year’s Series 5, which in turn contains the same dual-core processor as the Series 4. Meanwhile, Apple has confirmed that the SE has the same compass and always-on altimeter as the Series 6, along with a very similar screen. From what I can tell, it’s the same bigger display we got in the Series 5, just without the always-on functionality enabled. And while the Series 4 was the first Apple Watch to come with heart-sensing ECG support, you simply don’t get that here. Ditto for the Series 6’s new blood oxygen measurement features.

See what I mean? “FrankenWatch” feels like a pretty appropriate nickname — the SE is a mixed bag of the best parts and features from the last few years of Apple Watch history. That means it, thematically at least, has quite a bit in common with this year’s new iPad Air. Both new devices are surprisingly similar to Apple’s highest-end models, and if you can afford it, the SE offers a lot more than the basic model — in this case, the $199 Apple Watch Series 3. 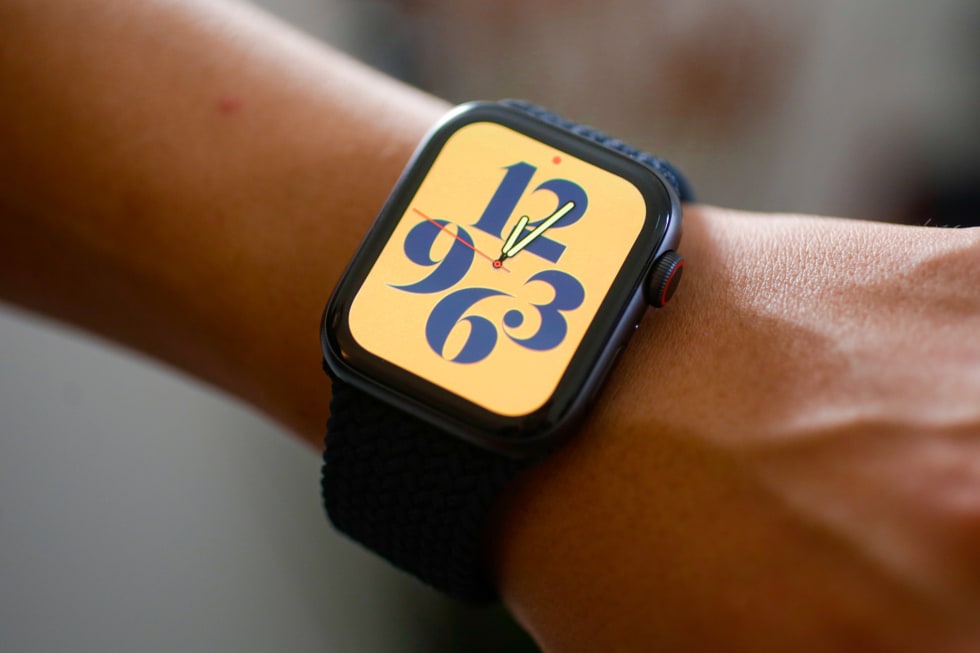 Now, you’re definitely going to want to wait for our full Apple Watch SE review, but as far as first impressions go, the SE leaves a pretty strong one. I’ve spent the last year or so wearing the Series 5 and really enjoying it — it’s only been in the past few years that the Apple Watch’s processing power meant you didn’t really have to worry about stops and starts and stutters. The whole experience feels pretty consistently smooth now, which you just couldn’t say in the early days.

So far, the Apple Watch SE has felt just as fast, which of course makes sense since it shares its brain with the Series 5. In other words, you can expect performance that’s in line with what was — up until just recently — Apple’s flagship wearable. I haven’t had the SE long enough to fully test its battery life, but I easily got a full day of use from the Series 5 when it launched, and the SE might last a little longer since it doesn’t have an always-on display to worry about.

That’s not bad for $280, though it’s worth noting that last year’s Series 5 occasionally goes on sale for as low as $300. If you see one of those deals, you might want to jump on that instead. I’d personally opt for the Series 5 myself, but I’m perhaps a little biased: Earlier this year, before 2020 started going down the drain, I had an atrial flutter strike out of nowhere, and it was only thanks to the Series 5’s mild concern via the ECG app that I went to an emergency room and got the all-clear. Since then, I’ve been glad to see new wearables like Samsung’s latest Galaxy Watch embrace similar features, and can’t help but be a little disappointed Apple had to cut it here.

If you’re already dutifully keeping tabs on your heart (or just aren’t particularly fussed about it), then it’s hard not to recommend the SE. It still has most of the health-focused features Apple has rolled out in the past few years, like fall detection, alerts for excessive ambient noise, and non-ECG-based heart rate monitoring. And if nothing else, the Watch SE is a great entry point for all of the new features available in watchOS 7.

That update just recently launched and is now available for the Watch Series 3 and newer. Naturally, we’ll dig into what’s new in watchOS in our full review, but I just want to quickly run through a couple of the highlights. There is a bevy of new watch faces here, from the whimsical (Geoff McFetridge’s cute, clean “Artist” faces),  to practical options like the lap-tracking “Count Up” face for your next run o. Meanwhile, Apple really gets a kick out of showing off its new Typograph face, and with good reason: It looks fantastic. The problem is, without any kind of dial markers, it’s kind of hard for me to tell what time it is.

Oh, and if you’re really in the mood — or if you give a Watch you’re managing through Family Setup to a kid without an iPhone — watchOS 7 lets you create Memoji right on your wrist. The process features almost the same level of depth as you’d find if you created a Memoji on your phone, just with a bit more lag.

Beyond that, you’ll also find the automatic handwashing feature, which indeed works as advertised once you enable it in settings. Just keep in mind that it doesn’t seem to recognize back-to-back hand washes, you’ll have to wait about 20 seconds before the timer kicks in again. Perhaps the biggest additions to watchOS 7 are Apple’s sleep tracking tools, which I haven’t been to test yet since power naps just aren’t in the cards these days.

And speaking of things I haven’t spent much time with yet, there’s support for more workouts this year, like core training and dance. The only dancing I do is playing Dance Dance Revolution. In my living room. In the dark. So if you want to see that… I guess let us know? (And also, what’s wrong with you?)

Since I have them, I might as well talk about Apple’s new Watch bands, too. The silicone Solo Loop feels a lot like Apple’s classic Sport Band, but the material actually seems quite a bit thinner. Personally, I don’t find it nearly as comfortable as the classic Sport Band, but if nothing else, it looks cleaner. On the flip side, the woven loop looks and feels surprisingly nice — and it should for $99. I’m a little concerned about how this material will hold up over time — at risk of venturing into TMI territory, I am an incredibly sweaty man — though I appreciate the amount of stretch this material has.

I would caution you to be mindful of these bands, though, since they’re the first ones you actually need to know your size for. Apple offers a print-out sizing tool on their website, which helps, but the sizing doesn’t feel completely consistent between the two loop types. I wear a size 7 woven loop, for example, but the same size Solo Loop feels just a little too snug for comfort.

And that’s about it for my first day with the Apple Watch SE. It doesn’t offer everything I hoped for, but considering its price and the strength of what it does offer, the SE just might be the ideal entry point to Apple’s wearables. Stay tuned for our full review to find out for sure.