Apple’s brand-new iPad is down to $299 on Amazon 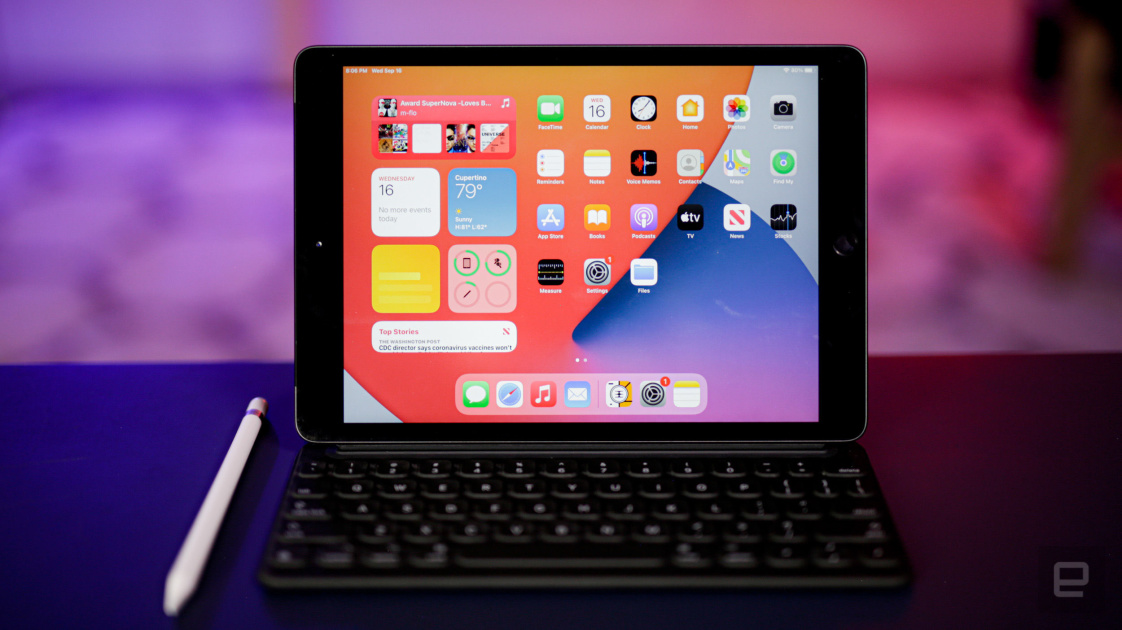 For those unaware, the 8th-generation iPad is the newest version of Apple’s entry-level tablet. This model was announced at last week’s hardware event (along with new Apple Watches) and replaces the 7th-generation model but keeps same, affordable $329 starting price.

We have yet to fully review the 8th-generation iPad but our own Chris Velazco liked what he saw during the limited amount of time he spent with the tablet for our hands-on. The latest iPad hasn’t changed much in the way of design, but that’s not necessarily a bad thing. Sure, it looks a little dated when compared to other iOS devices, but we like its large, 10.2-inch display that continues to support the first-generation Apple Pencil. Also, many will appreciate the everlasting, physical Home button with TouchID that still adorns its bottom bezel.

The biggest changes are inside the tablet as Apple upgraded the processor to its A12 Bionic chipset. That’s a big improvement over the A10 chip inside the previous version. It makes the new iPad noticeably faster and smoother, not to mention better equipped to handle multitasking features in iPadOS 14 and mobile games that require a heftier GPU. The A12 Bionic chipset also includes Apple’s Neural Engine, so the new iPad should be better at handling machine learning-related tasks.

We’ll have a full review of the 8th-generation iPad soon, so you can always be super safe and wait to buy one until the official verdict has been handed out. However, the new tablet is an unquestionable upgrade from the 7th-generation model — and if that’s enough for you, Amazon’s new sale is a good opportunity to grab the latest model for less.