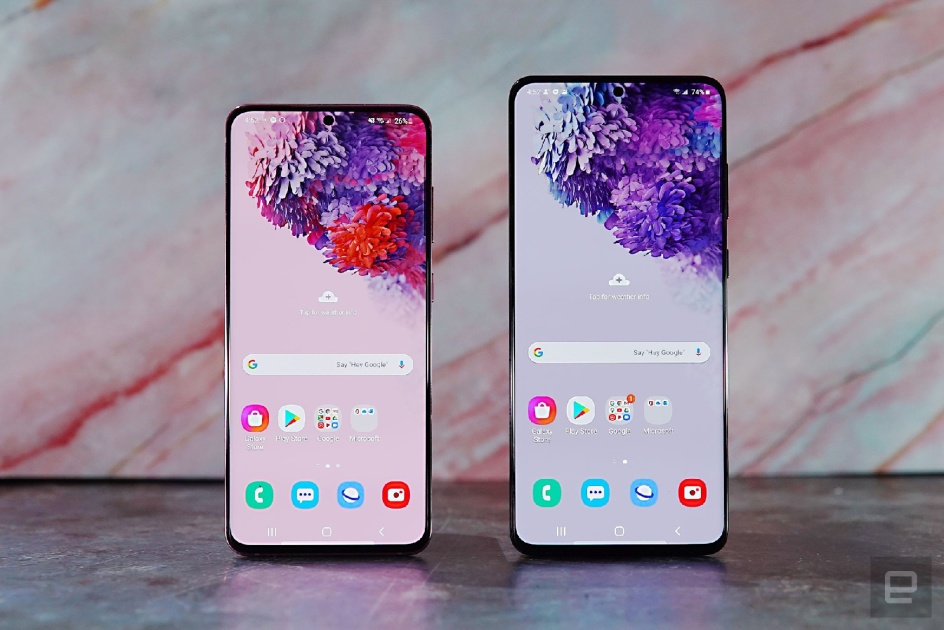 Henry also mentioned the S20’s build quality, saying it “didn’t feel as premium as past phones” and that it “would have been nice to get a proper black color” for the handset. Jun Jie was likewise disappointed with the colors on the Ultra: “You went from Aura-ish colors on the Note10+ to Cosmic Grey on the S20 Ultra that’s more dull than my future. Why?” And both Henry and Steve wanted a headphone jack on the S20 and S20 Ultra, respectively.

The screens on all three handsets hit big with users. Sneak said the S20’s display is amazing, Ryan found the screen on the S20+ beautiful, adding that he can use the 120Hz with no noticeable difference in resolution. However, he did say that the “screen glass is easily susceptible to scratching,” and that “after a month of careful use, there are three or four small scratches noticeable when the screen is off. The notion that Gorilla Glass is somehow impervious to scratching is clearly a myth.”

When it came to the 120Hz refresh rate on her S20+, Brianna was enthusiastic, saying she “loves the buttery smooth refresh rate” and that she “never knew I needed 120Hz in my life until I saw it in person! Never going back!” Charlie called the screen on the S20 Ultra beautiful, Jun Jie found it glorious and Steve admitted the large screen was one of his “killer apps” on the Ultra, but he skips using the 120Hz mode because it drains the battery.

There was very little negative feedback about the camera features of the S20 lineup. The S20 and S20+ both have a 3x optical zoom system, while the S20 Ultra boasts a 100x Space Zoom with a 4x optical zoom. Sneak liked the camera on their S20, but Nick was disappointed that his S20+ didn’t feature a real telephoto camera and will instead crop a 64MP frame.

S20 Ultra users were more detailed about their experiences. Derek called the camera cool, despite having to return his initial handset because of an issue with it. Steve said he “uses the Pro mode all the time and I love the level of control. I have used the 100x zoom, and while it’s not perfect, it’s better than not having the option at all.” And Charlie found the camera to be amazing, adding that “it has focus issues sometimes but I expect that to be fixed with software updates in the near future. The zoom capability is incredible and very helpful in my job.”

Meanwhile, Ryan and Jun Jie had the opposite experience. Jun Jie listed battery life as one of the many advantages of going with an S20 Ultra, and Ryan said the battery on his S20+ lasts “considerably longer than my S7, and I can use the phone all day without worrying about recharging.”

Our users were fairly critical with regards to comparing their handsets to other phone models. David said “one of my biggest frustrations with the S20 is the tediously slow on-screen fingerprint unlock, to the point that I am considering switching back to an LG V series.” He felt that “overall, the S20 is a satisfactory phone but … my previous flagship, the LG V30+, gave a better ownership experience.” Ryan, who upgraded to the S20+ from an S7, said it took him a few weeks to adjust to the size of the newer phone. Nick, who also owns an S20+, felt it was a bad thing that the handset “is so similar to all other A-series Samsungs that you cannot easily tell the difference. It’s not a very shiny flagship, as previous models were. I was twice as excited when I bought my S7 Edge, which it replaced.” Steve was pragmatic about his S20 Ultra, saying “this phone is good for a while but next time I’ll probably look at the ‘A’ series. Better bang for the buck.” Derek was less matter-of-fact about his S20 Ultra: “I’ve learned my lesson and this is the last S series phone I will buy. I’m going back to the Note phones I was buying. This phone was not worth the price.”

However, a few users of each handset were more pleased with their purchases. Sneak was “extremely glad that the Bixby button is gone, and I’m also glad that Samsung didn’t put the power and volume buttons on the ‘wrong’ side like they did with the Note 10 and 10+.” And Jun Jie and Charlie were both happy with their S20 Ultras, with Jun Jie stating there are “many praises to be sung about this phone,” and Charlie finding it an “incredible phone in many ways.”